A new premium station will be built at Melbourne Airport. Work is underway to determine the location and design. The station will also accommodate a future Suburban Rail Loop connection, to provide commuters with the fastest and most direct connections to the airport from all parts of Melbourne and Victoria.

New dedicated tracks will be constructed along the existing Albion-Jacana freight corridor between Sunshine and Airport West. The tracks will divert off the freight corridor crossing the M80 freeway and head towards the airport following Airport Drive, before arriving at a new premium train station at Melbourne Airport. 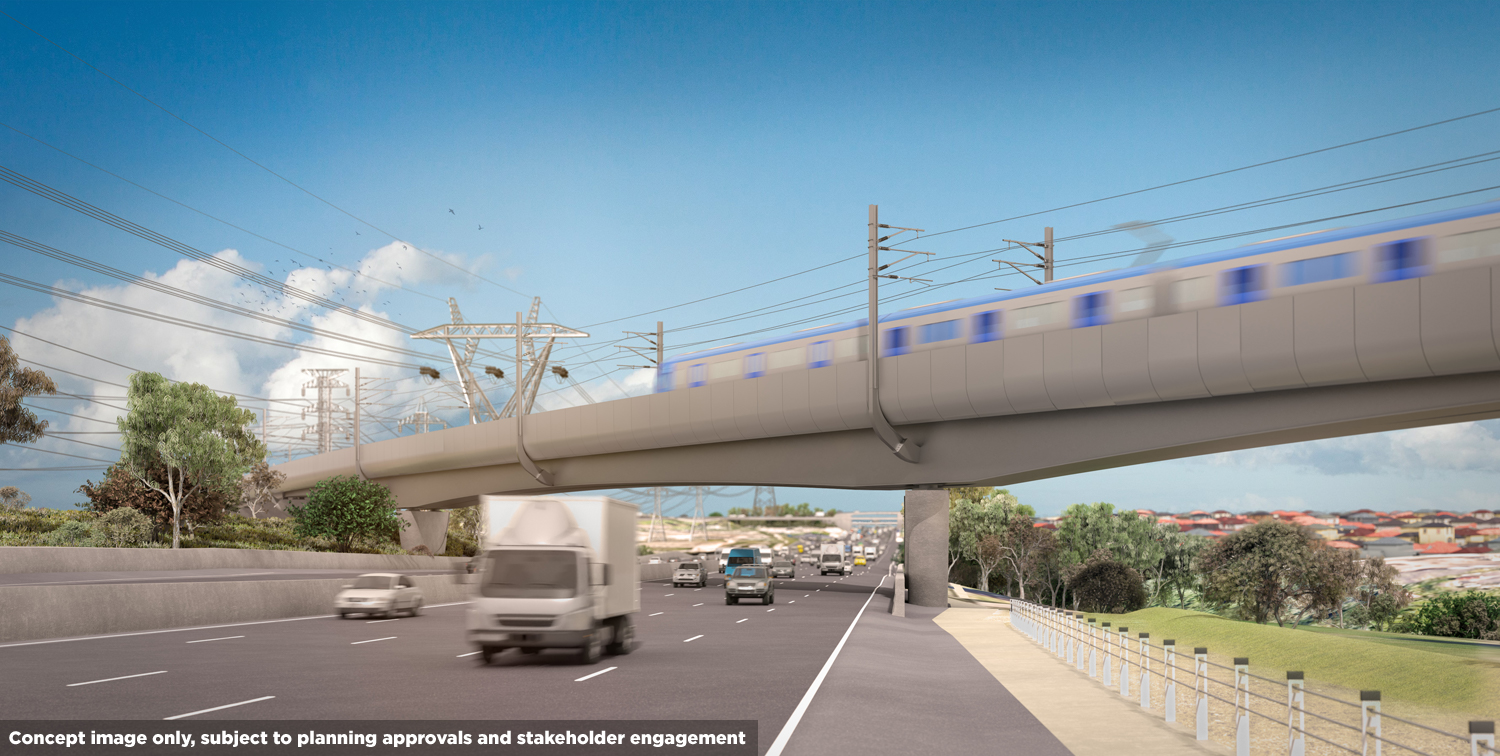 A new rail bridge will be built over the Western Ring Road (also known as the M80) and Steele Creek, connecting with the new rail tracks being built towards Melbourne Airport.

Melbourne Airport Rail trains will travel under the Calder Freeway next to the existing rail line before branching off onto the new rail bridge over the Western Ring Road.

The new rail bridge will be over 80 metres long and over 13 metres high, with the bridge to be built in a way that minimises the number, duration and severity of closures to the busy freeway during construction.

Bridge over the Maribyrnong River Valley

A second rail bridge will be built over the Maribyrnong River Valley to stand alongside the existing heritage bridge which was built in 1929.

The new bridge will be around the same length and height as the existing bridge, which is over 550 metres long and around 50 metres high. Its design and position will seek to complement the existing heritage rail bridge and minimise impacts to the landscape. A section of elevated rail—a flyover—will be built between Sunshine and the Albion rail junction.

This design will see twin rail tracks rising before Anderson Road, Sunshine and continuing through to the start of the Albion-Jacana freight corridor, elevating the rail line over existing rail tracks, Ballarat Road and St Albans Road before returning to ground level.

The Albion flyover will be around 18 metres in height at its highest point over Ballarat Road (26 metres high including overhead wiring structures) and located around 31 metres away from the John Darling flour mills.

The preferred solution between Sunshine and Albion is the result of detailed investigations, design and planning by engineers, transport modellers, urban designers and other experts with extensive experience of the rail network and other infrastructure projects in Australia and around the world. This part of the rail corridor is highly active, complex and constrained with several tracks, major roads and a critical jet fuel pipeline to consider. View the Albion flyover options assessment fact sheet (PDF, 1.4 MB).

Building the flyover is the best outcome for this section of the rail network to minimise impacts to existing infrastructure, reduce disruption to road and rail users during construction, provide more reliable travel times for Melbourne Airport Rail services and enable further network investments in the future.

It also provides an opportunity to improve the area surrounding Albion Station, which will benefit from a new public forecourt area, extra bike cages and some minor modifications to car parking, as well as landscaping and shared-path connections.

Airport services will not stop at Albion Station. The Albion flyover provides future opportunities to revitalise the area and upgrade Albion Station. Heritage will continue to be an important consideration as the design progresses. 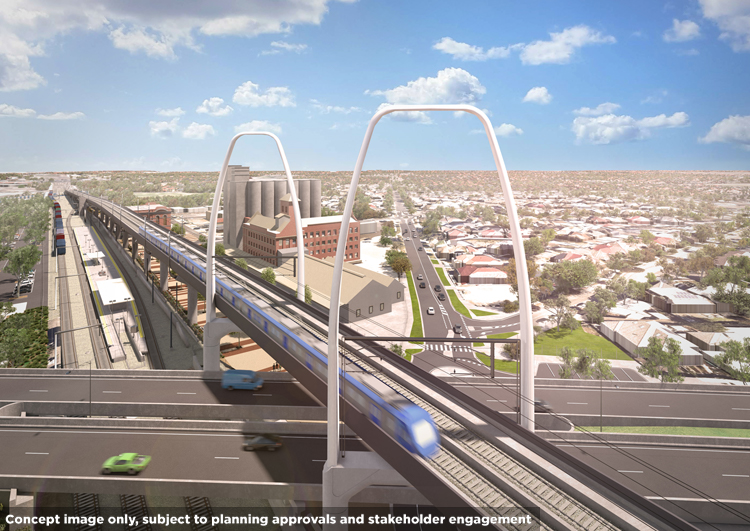 Sunshine Station will nearly double in size with:

These major improvements to Sunshine Station will complement future investments being considered by government to transform Sunshine into a key transport precinct and jobs centre for western Melbourne. For more information see the Sunshine Transport Precinct information on Engage Victoria.

Provide your feedback on the designs for Sunshine Station transport superhub Along with delivering a new rail service connecting Victorians to the airport, Melbourne Airport Rail will also deliver safer connections for pedestrians and cyclists.

Upgrades to the shared use path along Fullarton Road in Airport West and near Albion Station, providing connections to the broader walking and cycling network.

A safe and accessible shared use overpass will also be built over the rail line in Sunshine North.

The new overpass will replace the existing pedestrian crossings at Barwon Avenue and Drake Street, providing pedestrians and cyclists with a safe way to cross the rail corridor.

This area of the rail line will also be fenced to keep the community safe.

Additionally, we are working with stakeholders including VicRoads, Bicycle Network Victoria and local councils to explore opportunities for future shared use network connections.

Provide your feedback on walking and cycling connections

Other elements of scope being considered

As part of the planning and design process, additional elements may be considered, such as a new station between Sunshine and the airport. Information will be provided to the community should further scope be added to the project.

We are also investigating power requirements along the new rail corridor to run trains to and from Melbourne Airport. An assessment is underway to identify the number and location of potential electrical substations.